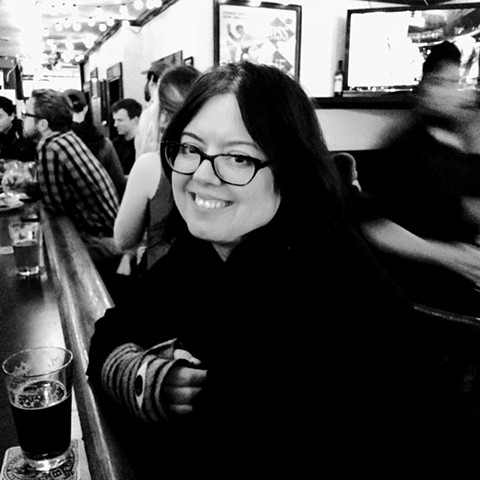 Julia Carpenter Artist Biography Julia Carpenter spent the formative years of her youth in the United Kingdom and Australia where she was influenced by the masterpieces at the National Gallery, the Tate Britain, the Victoria and Albert as well as the historical artifacts at the British Museum. These instilled in her the love of art and art history especially of painting. She is a world traveler spending time in Italy, France and Greece as well as a year in South Korea during her term in the US Army.

She holds a Master of Fine Arts from Montana State University and a BS in Art Education from the University of Wisconsin-Madison. At UW-Madison, Carpenter focused primarily on oil portraits as a way to hone her painting skills but just as importantly as a way to meditate on some tragic issues facing her family. This utilization of art as a way of navigating important issues continued throughout the years culminating in her monumental portraits of her sister who passed away suddenly in 2005. These paintings received an award from the Innovators Awards conference in Washington D.C. Carpenter continued portraiture going on to include the animal kingdom where she continues to confront the tenuous hold of life and the fathomless mystery of death.

Julia Carpenter has been living in Washington since 2010, a place that reminds her fondly of her English upbringing and has been teaching drawing and painting at Kirkland Arts Center, Cole Art Gallery, Seattle Parks and Recreation as well as privately. She currently resides in Arlington, Washington.

“My work and process with its incessant adding, removing, scratching and carving into the media is a reflection and celebration of the miraculous and tenacious life of these timorous beasties.” Julia Carpenter